Media Report: ULTITEC 2000 is adopted to do avian influenza prevention by Taiwan authorities in April 2016

There was one roue field in Tainan, Taiwan occurred suspected avian influenza (bird flu) outbreak. The local authorities had culled more than 1,800 geese on 18 April. In recent years, the bird flu had caused serious economic losses in many countries, including Taiwan, Southeast Asia and China. Therefore, any suspected cases may be leading the outbreak will give rise to governments highly attention to do the prevention.

In this incident, the frontline staffs handling the culling work were using ULTITEC 2000 protective clothing to protect themselves in workplace to avoid to the threat of contamination.

Except selecting the proper protective clothing, it is also very crucial works of correct donning, doffing and abandoned for epidemic prevention. A right size protective clothing is not only to reduce the risk of exposure but to give workers more free space for movement. Correct donning and doffing is able to effectively prevent people from cross-infection, such as the virus are transferred to personal clothing or transportation. 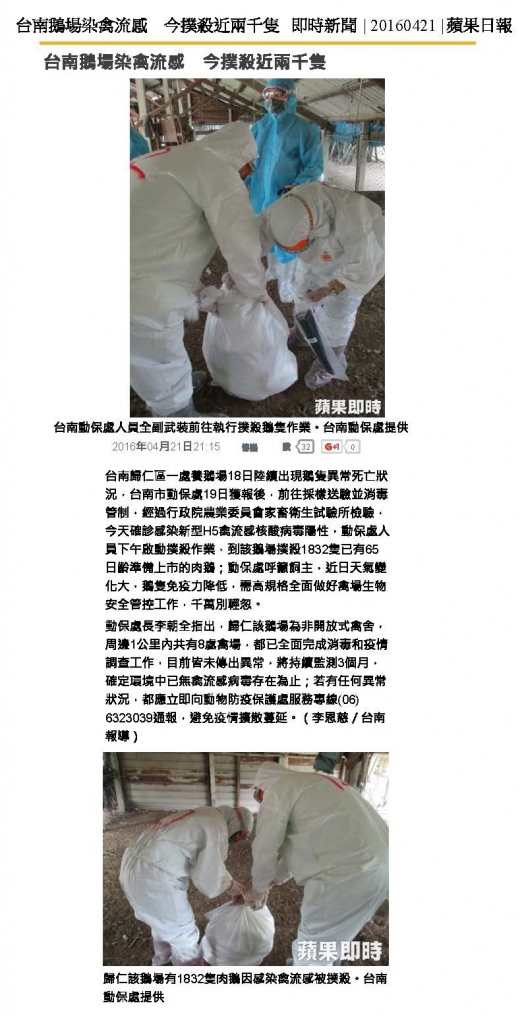 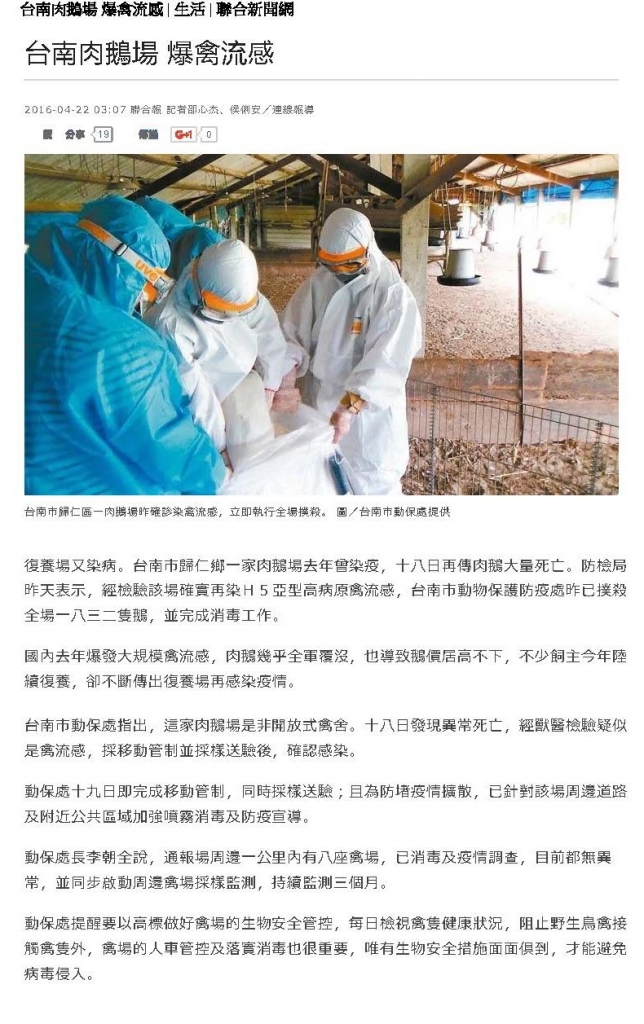 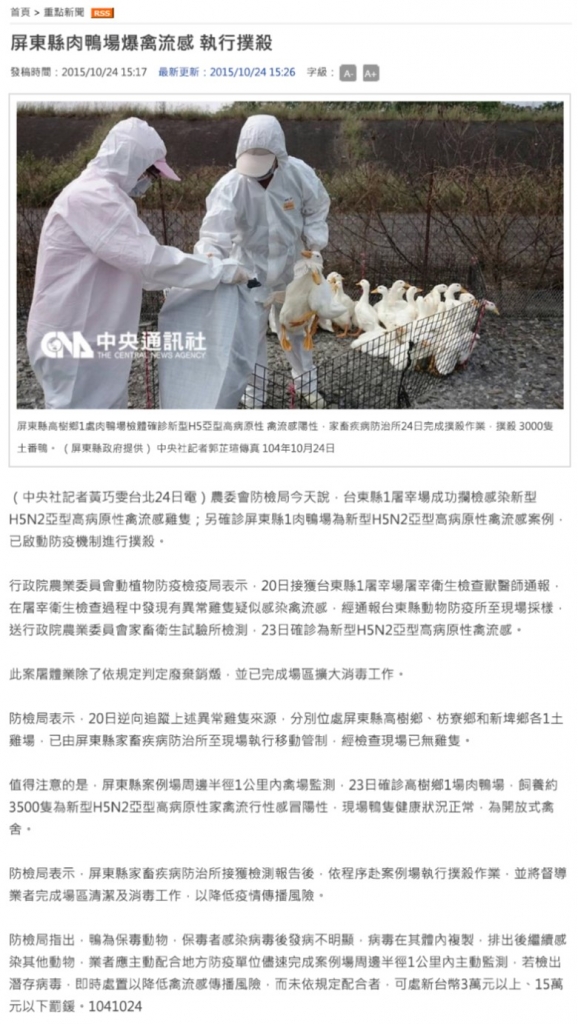 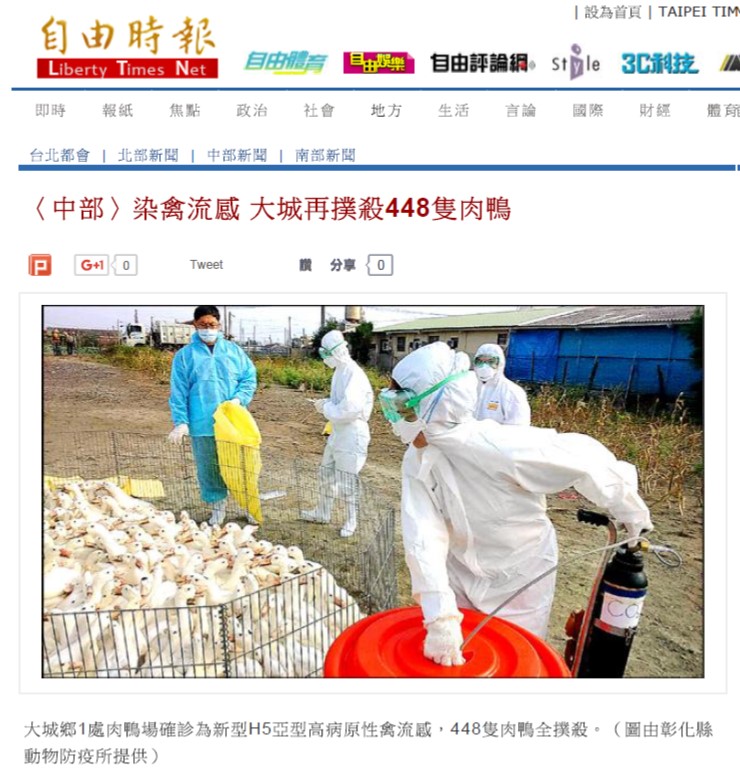 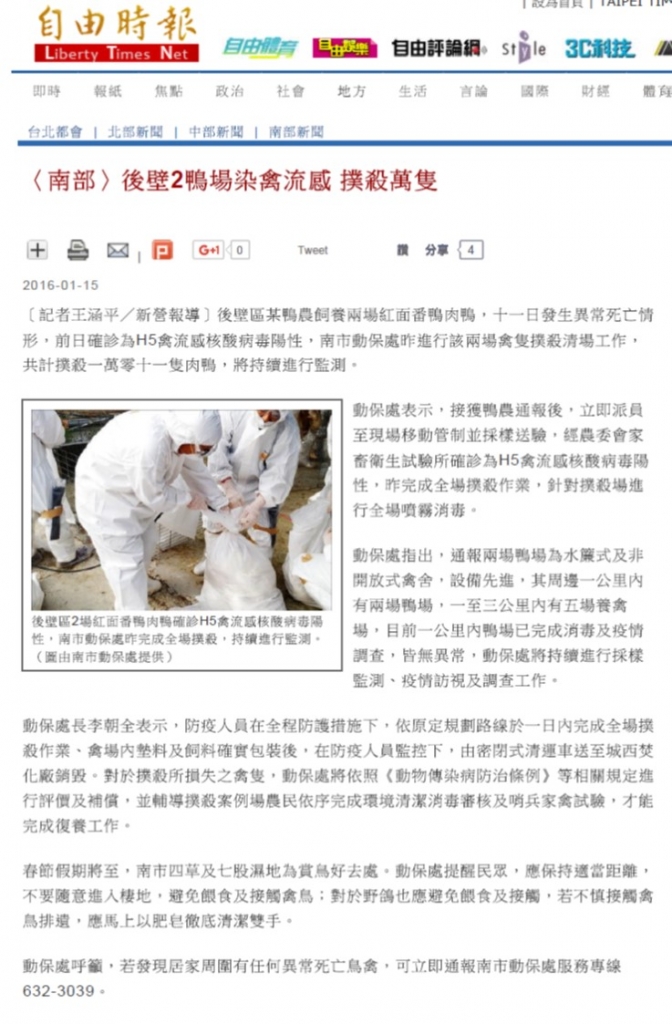